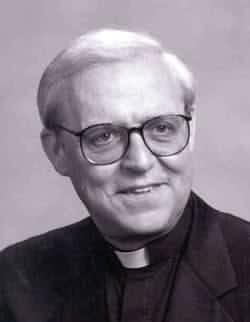 From Chelan, WA, US | Born in Bismarck, North Dakota

The Reverend Father Richard A. Wuertz, priest of the Diocese of Yakima and Pastor of St. Francis de Sales Catholic Church at Lake Chelan and former Pastor of Christ the King Catholic Church in Richland, Washington, died of congestive heart failure at his home May 30, 2001. He was 61. Ordained a priest for the Diocese of Yakima in 1968, he was a 1957 graduate of Yakima Senior High School, now Davis. He did his undergraduate studies at Carroll College, Helena, Montana graduating in 1963. His graduate studies were at Saint Thomas Seminary, Kenmore, Washington. His first assignment was at our Lady of Fatima Church where he was Assistant Pastor from 1968 to 1970. From 1970 to 1975 he was Associate Pastor at Saint Joseph Church in Kennewick. From 1975 to 1976 he served as Administrator of St. Francis Cabrini Church in Benton City. He became pastor of St. Andrew Church in Ellensburg where he served from 1980 to 1983. He was pastor of St. Joseph Church in Kennewick from 1976-1980. He was pastor of Christ the King Church in Richland for fourteen years from 1983 to 1997 until he was moved to Lake Chelan where he has served since 1997. He was pastor of St. Francis de Sales, Chelan. During his priesthood he held a number of positions including Bishop's Consultor to Bishops Skylstad, George and Sevilla. He was a member and chairman of the Priests' Personnel Board, member and chairman of the Diocesan Priests' Council, member of the Diocesan Finance Board and member of the Diocesan Marriage Tribunal serving at various times as advocate, judge and currently as permanent defender of the bond of marriage. He also served on the board of the National Federation of Priests. The only child of deceased parents, Robert and Olive Suverly Wuertz, there are no immediate survivors. His family has been the people of the parishes he served, his brother priests of the diocese and very special friends, Patrick and Julie Callahan and Helen Guerra. Please, no cards or flowers except for a few white roses and maybe a red one. Those who wish to honor his memory may make a memorial donation in his name to the ''Catholic Foundation of the Diocese of Yakima'' for the benefit of Christ the King Church, 5301-A Tieton Dr., Yakima, Washington 98908-3493 or directly to Christ the King Church.

At his request he was cremated. He only asked for rememberance in the Masses and prayers of those whose lives he touched. The Funeral Mass will be held at St. Francis de Sales Church, Chelan, WA Monday, June 4,2001 at 1:00 p.m. A Memorial Mass will be held at Christ The King Catholic Church, 1126 Long Ave. Richland, WA, Tuesday, June 5th, 2001 at 11 A.M. with interment at Sunset Memorial Gardens, Richland, Washington following.