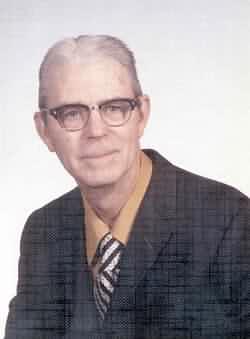 From Richland, WA, US | Born in Nashville, TN

Bill worked for the DuPont Company at the Old Hickory Rayon & Cellophane plant in Old Hickory, TN, the DuPont powder plants in Memphis, TN, Charles Town, IN, and Childersburg, AL. He was then called to Wilmington, DE for training prior to becoming associated with the Atomic Energy Program in Chicago, IL serving before and following the first nuclear sustained reaction. He moved to the Oak Ridge Project prior to being transferred to the Hanford Site in July 1944. At Hanford, he worked in most all of the Areas, in the 200 West and East Areas helping design the 234-5 buildings and associated instrumentation. He then worked with an instrumentation design group in the 300 Area. He ended his career in the 100 Areas. Bill retired in May 1974, but continued to work for six additional months as a consultant.

Bill accepted Jesus Christ as his Savior while a young lad at the Glen Leven Presbyterian Church in Nashville. He has been a member of Central United Methodist Church in Richland for many years. Bill was a loving husband, father and son as well as a helpful friend and neighbor. In his previous years, he enjoyed hunting and fishing and loved the outdoors.

Bill leaves his beloved wife, Tappe, to mourn his passing, his son, William III and wife Tammy, and his adored Grandchildren, Angela Marie and William IV, all of Richland, WA. He also leaves Nephews, Ned Johnson and wife Donna of Bird City, KS, Joseph Tapp and wife Ann in NJ, and Nieces, Laurie Harte in IL, Frances Ellen Scheurman and husband Paul in Putnam Valley, NY and their children and grandchildren. His parents and an older sister, Anna Webster, who died in childhood, preceded him in death.