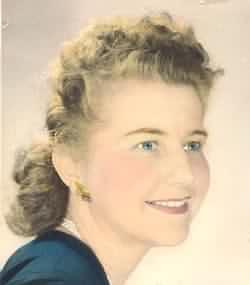 From Richland, WA, US | Born in Glenwood, Minnesota

Emily Gardin Boyd passed away peacefully from this life on December 16, 2001. She was 92 years old.

Burial will be at Crystal Lake, Minnesota.