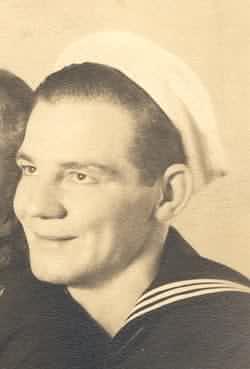 From Richland, WA, US | Born in Kewanee, IL

On April 27th, Robert Schwarz fought his last battle and participated in his last and best homecoming. He died at the Walla Walla, VA Medical center after a very brief battle with cancer.

He enlisted in the US Navy the day after the attack on Pearl Harbor because he felt called to serve his country. He devoted much of his life to that call, serving in both World War II and the Korean War.

He served aboard the USS Saratoga WWII, the USS Randolph WWII, and the USS Princeton Korea. During World War II he was gunner in the SBD dive bomber for Bombing squadron 12 and assisted in Saras South pacific mission including the raid on Rabaul in November of 1943. While aboard the USS Randolph he was part of the air group that provided air support for the invasion of Iwo Jima the eventually the Japanese mainland.

In 1946 he was appointed as Aviation Chief Ordnance man. In the Korean war, he was named the Napalm King for his innovative methods of mixing Napalm. He was placed in command of the ordinance crew on the Princeton.

He met his wife, Evelyn Schwarz in 1942. They married a few months later and had eight children.

After the war he became a journeyman machinist and tool and die maker. He trained many apprentices. He could fix anything and solve any problem. He retired from Western Gear in Everett and them moved to Deming, NM. He moved to Washington because of his illness to live with his children.

His funeral will be at Christ the King church on Saturday, May 4th at 9:30 am. Burial will follow at Sunset Memorial Gardens with military honors. Viewing is from 5:00 to 8:00 pm on Friday, May 3rd.