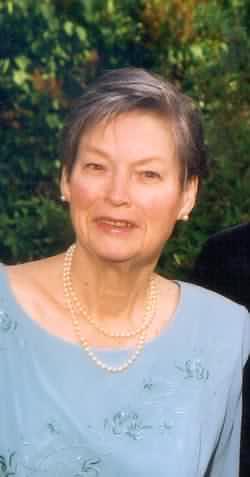 From Richland, WA, US | Born in Odum, Georgia

Ala Jean Odum Bates passed away peacefully on June 24, 2002. She was born December 3, 1928 in Odum GA to Alverta Padgett and Hollie Roberson Odum. Raised in Georgia, she graduated from Jesup High School in 1948 after which she moved to Provo, Utah to attend Brigham Young University where she met J. Lambert Bates and in 1952 they were married in the Salt Lake LDS Temple. After graduation from Brigham Young University in 1953 the family moved to Salt Lake City to attend graduate school at the University of Utah. Following graduation in 1957, they moved to Richland, Washington.

Ala Jean's life was dedicated to her role as wife, mother and grandmother in her home. However, she also found time to be active in many community organizations including PTA president, Kadlec Hospital Auxiliary, Republican precinct committee chairman and Tops. For many years she loved her activity and associations in water aerobics. She held various callings in the Church of Jesus Christ of Latter-Day Saints including 14 years as an ordinance worker in the Seattle Temple and in as a compassionate service leader. Her outgoing personality made her a friend to all who knew her. Although a bright light has left us, her spirit will continue to light the lives of her children, family and many friends.

Ala Jean is survived by her husband of over 50 years, J. Lambert Bates. She is also survived by two sons and two daughters: Steven Lisa Bates of Idaho Falls, ID; Debra Mark Davis of Antioch, CA; Roger Sherri Bates of Tigard, OR, Holly Bates of Richland, WA as well as thirteen grandchildren. A son, Andrew Scott, preceded her in death as have her parents, three brothers Joe Forest, Hollie and Donald and two sisters Gloria Faye and Gwendolyn.

In lieu of flowers, donations can be sent to the Tri-City Chaplaincy-Hospice House in Kennewick, WA.