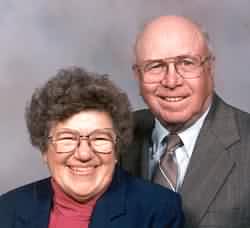 From Kennewick, WA, US | Born in Cook, Nebraska

He farmed in Cook until entering the armed services in 1944. He was wounded in action in Okinawa and received the purple heart.

After he was discharged he served as Postmaster in Cook, NE until moving to Washington State in 1955. He participated in the Veteran's Lottery for the start of the Columbia Basin Irrigation Project. He and his wife Ileta Jane farmed in Eltopia, WA until he retired in 1984 and moved to Kennwick, WA.

Donations may be made on his behalf to the Hospice House of Kennewick and the Cancer Research Foundation.