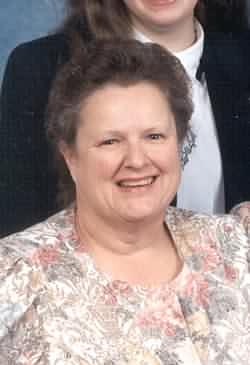 From Richland, WA, US | Born in Hollywood, California

Sidney Sumsion passed away in Richland, Washington on January 5, 2003. She was born in Hollywood, California on October 29, 1935 to Everett H. and Calista Seaman and grew up in California, Utah, Idaho, and Washington. On November 16, 1954, she married Jay Russell Sumsion in the LDS temple in Salt Lake City, Utah and soon made Richland, Washington her home as they started a family.

Sidney was talented in sewing and enjoyed reading and cooking. She gratefully shared with others by serving in many capacities in the LDS church as a life-long member. She liked being a school teacher but gave it up to be home with her children. Being a mother of 6, grandmother of 13, and great-grandmother of 5 were her greatest delights. It was her favorite thing to tend her grandchildren and great-grandchildren.

A viewing will be held Wednesday, January 8, from 6:30 - 8:00 PM at Einans Mortuary. The Funeral will be held Thursday, January 9th at 1:00 PM in the Church of Jesus Christ of Latter-day Saints at 1720 Thayer, Richland, WA. Interment will follow at Sunset Memorial Gardens.