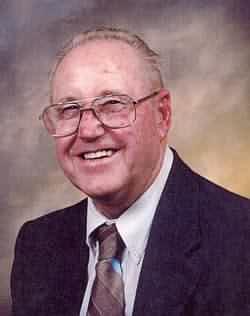 From Kennewick, WA, US | Born in Salina, Kansas

He was born in Salina, Kansas November 3, 1925. Donald worked as a cement mason for McDonnell Douglas, in Long Beach, California. He retired in May 1986 and moved to Kennewick.

Donald served in the Army Air Force as a tail gunner on a B-17 in Italy.

He graduated from Venice High School in 1944 where he met Patricia McKee and married her on July 4, 1946.

He was preceded in death by his mother, Opal; father, George Sr.; brother, George Jr.; and sister, Frances Bellante.

Donald will be greatly missed by many friends and family and remembered for his cheery smile and helping hands.