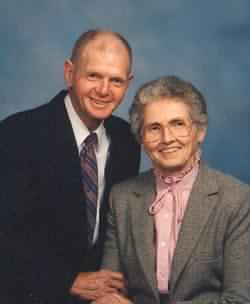 From Kennewick, WA, US | Born in Uniontown, Kansas

Betty was preceded in death by her husband, Leonard, her brothers Edward Swink and John Louis Swink, and her sister Sarah Luella Miller.

She is survived by her daughter and son-in-law, James and Naomi Jean White, of Bakersfield, CA, her son and daughter-in-law, Richard and Shirley Sexton, of West Richland, WA, her sisters Mary Emogene Jaquay of Chico, CA, and Adna Mae Dalton, of Fort Scott, KS, and by her five grandchildren and seven great-grandchildren.