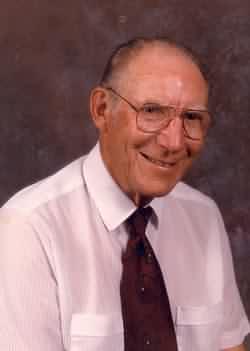 From Richland, WA, US | Born in Denver, Colorado

He was born in Denver, Colorado on October 4, 1917, to Cloe and George Mc Atee. He later moved to Greeley, Colorado where he attended high school.

He served in the Army in World War II. After the war, he attended Gonzaga University in Spokane, WA and worked briefly at the Hanford Project as a radiation monitor. He then moved to Fort Collins, Colorado where he spent many years. Over 10 years ago, he moved back to Richland where he lived at the time of his death.

His sister, Corinne Davis Soapes, and his brother, Robert Mc Atee, precede him in death. He has been a good uncle, brother and friend to many. His kind way and good sense of humor will always be missed.