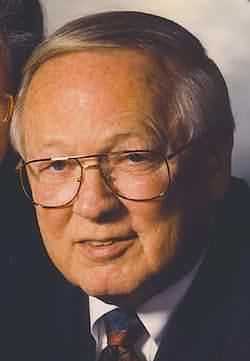 From Kennewick, WA, US | Born in Junction City, Kansas

In 1989 he retired to Grass Valley California, where he became active in Methodist church affairs, edited a history of the Grass Valley Methodist Church, and prepared educational materials for the famous State Historic Empire gold mine. While in Grass Valley, he and his wife, Jeanne Bignall Alexander, celebrated their 50th wedding anniversary with a large gathering of well wishers from all over the country. In the fall of 2001, they moved into a retirement community in Kennewick Washington, where they are members of the First United Methodist Church in Kennewick.