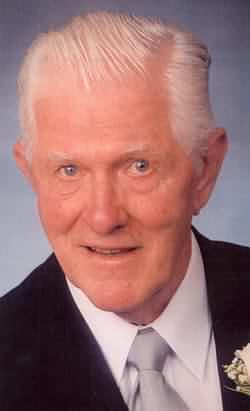 From Richland, WA, US | Born in Schuylar County, Missouri

At the age of 87, Herbert Aeschliman passed away late Friday night, August 22, 2003 while surrounded by family members. He will be sorely missed by all who knew him.

Herb was the youngest of eight children, growing up in Missouri. He started out, as so many did during those times, as a farmer.

Herbert came to Richland in 1952, a year ahead of his family who remained in Missouri while he moved up the housing list in front of the old library. The rest of the family came after school was out in 1953.

While working at QC at Hanford, he enrolled in the first graduating class of CBC and went on to earn his BS degree in Electrical Engineering at the University of Washington. Soon thereafter he began a nearly 20 year career oversees, primarily in Viet Nam, and later in Germany and Saudi Arabia.

Herb met and married Virginia Berry in 2000. They loved to dance and travel and most of all just being together. They were on their way to a Cher Concert when he suffered a serious stroke. Prior to that, he had been in excellent health.