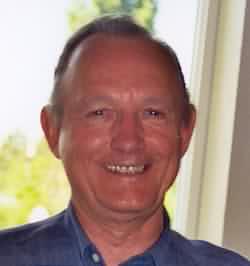 From Prosser, WA, US | Born in Chewelah, Wahington

On January 24, 2004, Merlin ''Wink'' Winkelman, 64, of Prosser went be with his personal Lord and Savior Jesus Christ, surrounded by his loving family. Wink was born on September 15, 1939, in Chewelah, WA to Henry and Elsie Winkelman. After graduating from high school in 1957, he moved to Republic, WA where he worked to save money for college. With his former wife, Donna Mower, whom Wink married in 1961, he moved to Cheney, WA where he obtained a BS degree in Mathematics. In 1967, Wink moved to Pittsburgh, PA and started a career in Computer Software Design. In 1972, Wink and his family relocated to Richland, WA after he accepted a position with Boeing Computer Services. Wink worked there until his retirement in 1996. His active mind would not allow retirement, and he returned to work until August of 2003 for Lockheed Martin. Wink was a wonderful, caring father to his four adoring children: Rick, Randy, Ron and Lisa. From the beginning, he was always active in their lives. He was a wonderful role model and teacher of life's lessons. Wink gladly shared his wisdom with his two equally adoring stepsons, Dan and Pat Zuniga. Wink married Debra Hanson Zuniga on October 19, 1996. He then moved from Richland to Prosser. Throughout his life, Wink touched many lives through his selfless actions. For example, he balanced an elderly neighbor's checkbook, built homemade rockets for handicapped children, and served in key positions on the Prosser School District Levy Committee, even though he had no children in this district. Wink's actions were demonstrative of his personal philosophy, through my love and commitment, I will empower others to create a world where there is love, acceptance, and peace. Those who knew and loved Wink will miss him profoundly. Someone once said, ''To live in hearts we leave behind is not to die.'' Wink will forever live in the hearts of all those he touched. Although he will be missed, we are forever grateful for his presence in our lives. The family owes special thanks and appreciation to the Tri-City Cancer Center, Dr. Weeks, and the 3rd floor staff at Kadlec Medical Center for the kindness and loving care they provided for Wink and his family. We gratefully acknowledge the wonderful support given by our friends and family during this difficult time. Wink is survived by his wife, Debbie; son Rick Winkelman, his wife Dawn, and grandsons Bryan and Kyle of Reno, NV; son Randy Winkelman and wife Tracie of Richland; son Ron Winkelman and wife Merilee of Reno, NV; daughter Lisa Tinkcom and husband Wes of Georgia; son Pat Zuniga and wife Jennifer of Kennewick; and son Dan Zuniga of Pullman. Wink was preceded in death by his father Henry, brother Glen, and sister Marlene. A celebration of his life will be held at 1:00 p.m., Thursday, January 29 at Central United Protestant Church in Richland, WA with a gravesdie to follow at Sunset Memorial Gardens. Viewing will be held on Wednesday, January 28, at Einan's Funeral Home from 5 to 8 p.m. In lieu of flowers, please send contributions to the Merlin J. Winkelman Scholarship Fund at any U.S. Bank.