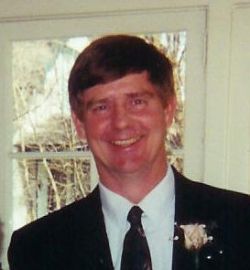 From Richland, WA, US | Born in Ainsworth, Nebraska

Daniel Lee Chase was born on April 16th, 1951 in Ainsworth Nebraska. There, Dan attended school in a one room schoolhouse for a number of years. He graduated with honors from Coulee Dam High School in 1969 and then went on to attend Washington State University where he graduated with a degree in Civil Engineering in 1973.

Shortly after graduation, Dan moved to Richland where he has lived for the past 30 years. Throughout Dan's career he worked as an Engineer for a number of companies on the Hanford Site. Some of these include: JA Jones, ARCO, Westinghouse, and Fluor Hanford.

The most fulfilling activity in Dan's life was coaching and playing baseball. His love of the game facilitated many deep relationships with friends, family, and people in his community.

Dan's surviving family include his wife, Gail; hissons Jared, Kevin, and Derek; his daughters Sarah and G-Ann; his parents, John and Twila Chase; his sister,Cheryl Doyle Doug Doyle; his grandmother, VelmaBall; and many aunts, uncles, and cousins.

Preceding Dan in death was his brother Larry Chase.

The Memorial Service for Dan will be held at Einan's Funeral Home in Richland on Sunday May 30th, 2004 at 1PM.

Donations can be sent to the American Cancer Society.