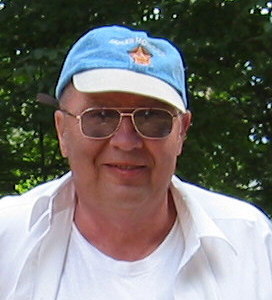 From Richland, WA, US | Born in Airpine, Arizona

Charles ''Chuck'' Parker went to his final reward, August 1, 2004. He had been in Kadlec hospital since suffering a stroke on July 28.

Chuck was born in a log cabin, August 26, 1940 to Lloyd Parker and Mildred Johnson Parker in Airpine, Arizona. He lived in both Arizona and Oregon until settling in the Tri-Cities in 1977. He was a journeyman sheet rocker for many years and ended his working career with Siemens Corporation. Chuck loved to dress up and anonymously play Secret Santa for less fortunate families in the community. He was also civic minded, volunteering for many years with the Jaycees.

He is survived by his mother and stepfather, Mickey and Bill Anderson of Sun City, AZ., brothers and sisters-in-law, Don and June Parker of Tri-Cities, Randy and Lois Parker of Sun City, AZ., and sister Joann Wright of Glendale, AZ; daughters Ina Maez of Waldport, OR., and Angie Kraft of Benton City, son & daughter-in-law Sonny and Nadine Parker of Priest River, ID. Grandchildren, Brock Maez, Gwen Maez, and Garrette Kraft, two great-grandchildren, Brayton and Noah, and a large extended family. He was preceded in death by his father, Lloyd Parker, in 1983.

A memorial celebration of his life will be held, Sunday August 8, 2004 at the Richland Community Center, 500 Amon Park Drive, at 6:30 pm. Please dress casually, bring an appetite, and if you would like, a special memory of Chuck to share.

In lieu of flowers, contributions can be made to the DaVita Mid-Columbia Kidney Center.