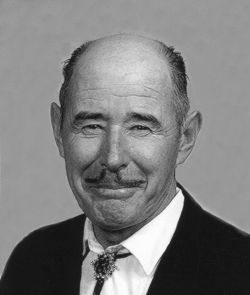 From Richland, WA, US | Born in Agualeguas, Nuevo Leon, Mexico

. Horacio Benavidez Hinojosa, 88, of Richland, WA. died to be with the Lord on Tuesday, August 24, 2004 at The Life Care of Richland. He was born August 15, 1916, in Agualeguas, Nuevo Leon, Mexico, and lived the majority of his life in the Yakima Valley and Tri-Cities, where he raised his children. Mr. Hinojosa was a farm worker for his entire career until he retired. He was a member of Our Lady of Guadalupe Catholic Church in Granger. Horacio married Florencia Diaz on October 31, 1942. In 1971, he became a U.S. citizen, which he was very proud of.

Prior to passing away, Mr. Hinojosa was very happy to have had the opportunity to celebrate his 88 birthday with his family. Mr. Hinojosa was an avid fisherman who enjoyed fishing very much.

Horacio was a very loving, caring and humble man that will be greatly missed by is family, relatives and friends.