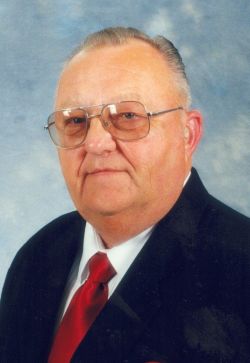 From Richland, WA, US | Born in Ritzville, Washington

Leonard Allen Webb, 68 of Pasco passed away on Wednesday August 25, 2004 at his home. Leonard was born on July 30, 1936 in Ritzville, Washington to Dallas and Ida Ellen Webb. He was station in Germany for 2 years while he served in the U.S. Army. He lived in Mesa, Washington for 32 years and Pasco for the past 8 years. He worked for Big Bend Electric in Mesa as a purchasing agent for 30 years Leonard was a member of the Eagles Lodge in Kennewick and was active in the Kosmo Singles Group. Leonard is survived by his daughter Sheryl of Renton, son Duane of Anacortes, daughter Stephanie of Richland, and 7 grandchildren. He is preceded in death by his first wife, Joyce Webb, parents Ida Ellen Schaffer, Dallas Webb and step dad Dan Schaffer. Funeral services for Leonard will be held on Monday, August 30, 2004 at Einans Funeral Home in Richland with burial following in Sunset Memorial Gardens. A reception will follow the graveside service at the Hampton Inn in Richland