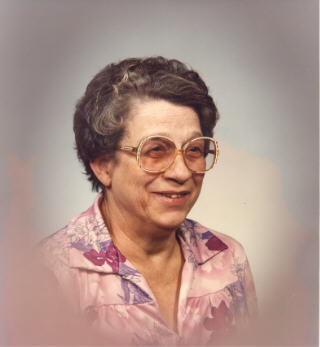 From Richland, WA, US | Born in Sioux City, Iowa

Lila moved to Portland, Oregon in 1978, from there Lila moved to Forth Worth, Texas 9 years ago and then moved to the Tri- Cities 7 years ago. During her time in the Tri-Cities, she went to Elder Day Care and was selected to make a commercial for United Way.

She was preceded in death by her husband Paul Thunder in 1975.

Lila is survived by son Frank Thunder and wife Diana of Portland, Oregon, son Bill Thunder and wife Molly of Forth Worth, Texas, daughter Betty Ainslie of Richland, Washington, daughter Dyanna Simpson of Forth Worth, Texas and son Donald Downing and wife Corrine of Portland, Oregon. Lila has 14 grandchildren and numerous great grandchildren.As well as 4 brothers and 3 sisters.

A Memorial Service will be held on Saturday, August 21st, 2004 at 1 pm at Einans Funeral Home in Richland, WA. Visitation will be from 8 am to 1 pm on Saturday at Einans.