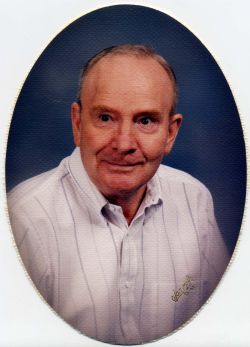 From Richland, WA, US | Born in Alton, Missouri

EINANS FUNERAL HOME . Donald L. Strain, 75, of Richland passed away at his home on September 17, 2004. He was born on August 3, 1929 in Alton, Missouri. Don was Senior Laboratory Technician and worked for General Electric, Battelle and Westinghouse. He lived in the Tri-Cities for 57 years and was a member of the Christ The King Catholic Church, the American Welding Society and the Chemical Workers Union.

Don is survived by his Loving Wife of 54 years Doris, Daughters Carol Doug Peters of Brier, W A and Janice of Richland, W A, Brother Bill Sue Ozark, MO, Sister-in-Law Sonya Strain of Springfield, MO and numerous nieces and nephews in Washington, Missouri, California and New York. Mr. Strain was preceded in death by: His Parents Posey and Eunice Strain, Brothers Leon, Dale and Howard, Sister-in-Law Mary Strain and nephew Jeff Strain all from Springfield, MO.

A Memorial Mass will be held at 11:00am, Monday, September 20, 2004 at Christ the King Catholic Church, Richland. Inurnment will be held on Tuesday, September 21, 2004 at 10:00am at Sunset Memorial Gardens in Richland. In lieu of flowers, the family suggests that memorials in Don's name be given to the Hospice Programs of the Tri-Cities Chaplaincy Hospice, 2108 W Entiat, Kennewick, W A 99336.

The family wishes to thank the Tri-Cities Chaplaincy Staff especially Winnie Zeamer and Jessica Burris for their loving support.