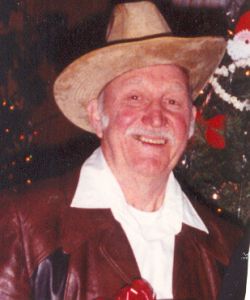 From Richland, WA, US | Born in Mountain Home, Arkansas

Ernest was a life member of American Legion Post 34 in Pasco, a member of VFW post 5549 in Dayton, WA and of the Moose Lodge 482 in Pasco. Ernest loved to fish. He stayed up many nights and sat on the river bank in Wallula to catch cat fish. He loved to shoot pool and challenged the best and won most games. He loved to help people and had many friends.

He leaves step-grandchildren Haley, Deacun, Shim, Michael, Darick, Jebadiaha, Angela, Gene Earl, Patricia and Jacob. He had nieces and nephews in California, he was very proud of. Melony, Steve, Kelli, Terry and Larry, Tim and Chuck, Terry, Brenda and Tina. Ernest will be remembered and not forgotten. He was loved by all.

Memorial services will be held at the American Legion Post 34 on Sylvester St. Pasco on November 6, 2004, at 1:00 p.m. There will be a buffet following the service.