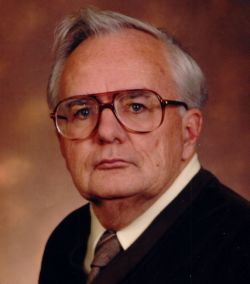 From Kennewick, WA, US | Born in Toronto, Canada

Albert James Bell Sr. passed away on January 17, 2005, at Deaconess Hospital in Spokane, Washington. Al was born on April 25, 1927, in Toronto, Canada to Albert Edward and Brigitte Elizabeth Bell. After living his youth in Toronto, he came to the United States to become a naturalized American citizen and join the United States Air Force. He married Constance Thalia Frash, a nurse from Arnold, Pennsylvania in 1951. Al was married to Connie for 35 years until she passed away in 1986. They moved to the Tri-Cities in 1968.

Al served in the U.S. Air Force for 20 years and retired as a Master Sergeant in 1966. He was stationed in Saudi Arabia, Germany, New York, Maryland, Bermuda, Florida and Colorado. After retiring from the Air Force, Al worked in Veteran's Administration hospitals in Denver, Walla Walla and Helena. From 1971 to 1988, he worked for government contractors at the Hanford Nuclear Reservation administering records and declassifying documents.

Al loved his children and grandchildren. He knew what young children enjoyed, and he enjoyed doing it with them. He also volunteered many hours helping military veterans in the area obtain their benefits.

Funeral services will be held at Einans Funeral Home in Richland, Washington on January 22, 2005, at 11:00 a.m. with graveside services to follow in Sunset Memorial Gardens.