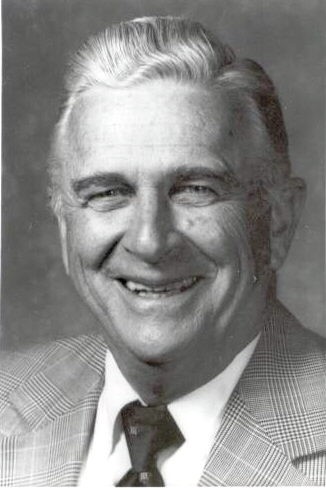 From West, Richland, WA, US | Born in Montreal, Quebec, Canada

Clinton Parker Clint Doriss, 90, passed away July 22, 2005 at Hospice House in Kennewick, Washington. He had lived in Richland/West Richland since December 1945.

Clint was born May 29, 1915 to Howard and Marion Parker Doriss. He was preceded in death by his parents; brothers William Parker Doriss and John Bernard Doriss, and his wife Carole Athene Wentz Doriss.

After graduating from high school, Clint attended Dartmouth College for two years then worked for various companies in Connecticut and New York. In 1939, he was hired by cartoonist Alex Raymond to write the frame titles for Raymonds comic stripFlash Gordon.

Clint joined the U.S. Army Air Corps in June 1942. During the next five months, he was stationed briefly at bases at Miami Beach, FL; Denver, CO; Wichita Falls, TX; finally ending up at Salt Lake City, UT. It was there that he met Carol Athene Wentz on October 17,1942. She was hostess at the USO Club, and had recently moved to Salt Lake City from Kansas. They fell in love and became engaged just before he left for a two-year tour of duty in Karachi, India.

In late January 1944, Clint returned to Salt Lake City. On February 5, 1944, he and Carol were married in an evening ceremony at the Methodist Episcopal Church. A week later he returned to India to finish his tour of duty. After his Honorable Discharge in December 1945, he joined Carol, who was living in Richland, Washington, and working as a Secretary for General Electric GE, one of the primary contractors at the Hanford Site. Two weeks after he arrived he also went to work for GE--as a Financial Specialist.

In June 1957, Clint and Carol bought their dream home in West Richland. It overlooks the Yakima River and has a panoramic view of Rattlesnake Mountain and the rangeland across the river. It was the perfect place to raise their family. They enjoyed boating and fishing on the river, taking friends on floats down the river, and watching all the animals and birds who made their home along and/or in the river.

After GE left the Hanford Site in the late 1950s, Clint transferred to Douglas United Nuclear, which later became United Nuclear Industries UNI. As a Nuclear Materials Accountant, he was responsible for verifying and documenting the status of all nuclear materials located on or coming into the Hanford Site. His detailed handwritten reports were then transcribed by his secretary--they didnt have computers back then! Clint retired on his 66th Birthday--May 29, 1981, after working 37 years at the Hanford Site.

Clint and Carol were early members of Central United Protestant Church in Richland. He sang in the choir and she worked part-time in the office assisting Reverend Uphoff and/or Reverend Gill with their correspondence, schedules, and sermons.

Clint and Carol square danced from the early 1950s until 1970. They belonged to several clubs Wagon Wheelers, Sagehoppers, Goofer Hoofers, Prairie Shufflers, and Benton City Hoedowners--for which he was also the caller and were honorary members of several others. Although they stopped dancing in 1970, they often attended State Meetings/Conventions, meeting friends and making new ones.

In the 1960s and 1970s, they worked on several Richland Light Opera Company productions, building and painting sets, making costumes, selling tickets, and Clint often sang in the chorus.

Clint and Carol loved playing Bridge and often hosted Bridge parties at their house. After he retired, they spent Monday and Wednesday afternoons playing Bridge at the Harry Kramer Center, then at the Richland Community Center.

After Carol passed away in January 2002, Clint continued to live in their house on the Yakima River. However, after suffering a stroke in July 2004 he lived in with his daughter and her family for several weeks then moved to Rosetta Manor in Kennewick. In June 2005 he moved to Eagle Assisted Living in Richland!

At his request, Clint was cremated. A short graveside service will be held at 10:30 AM Saturday, August 20, 2005 at Sunset Memorial Gardens in Richland. His family will host a Celebration of Life Party at the Richland Community Center from 1:00 PM to 3:00 PM that afternoon. Friends, relatives, neighbors, coworkers, etc., are invited to join us in remembering him and celebrating his life.

In lieu of flowers, donations can be made to Tri-Cities Chaplaincy Hospice House, 2108 West Entiat Ave, Kennewick, Washington 99336.