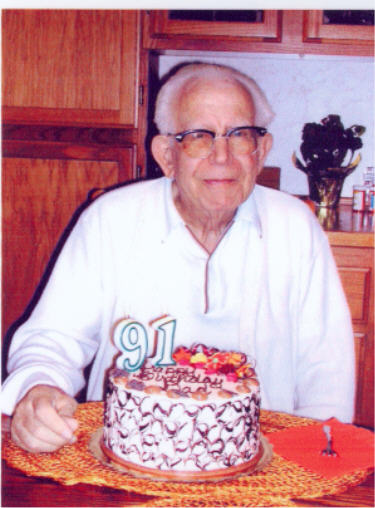 From Kennewick, WA, US | Born in Monroe, Washington

Kenneth R. Kurtz, 92, passed away in his sleep on September 10, 2005. Born in Monroe, Washington on October 5, 1912 to Raymond Charles Kurtz and Grace Edna Mack, he graduated from Everett High School in 1931. Ken briefly attended Washington State University majoring in Pharmacy before returning home to take over the family business, Kurtz Food Products, following the premature death of his father. The business was deeply in debt, but through hard work and determination he was able to make it profitable again. This experience, during the worst of the Great Depression, profoundly shaped his values and philosophy of life. He married his high school sweetheart and lifelong love, Marjorie Bell, in 1938. They made their home in Everett and had four children Robert, Thomas, Jeanne and Richard. His priority in life was to provide for his family and ensure that his children received an opportunity to attend college. He sold Kurtz Food Products in 1948 and started Cascade Bottling Company, which he owned and operated until his retirement in 1972.

He had a passion for golf but the demands of his business left him little time for this sport. In retirement he approached home projects with the same energy and enthusiasm that he displayed during his working years. In 1980 he and Marge designed and built a beach house at Priest Point, Washington were they lived until relocating to Kennewick in 1996. For many years Ken and Marge enjoyed traveling around the United States, Europe, New Zealand and Australia. They were active in Friendship Club and greatly enjoyed the many trips this group took throughout the Pacific Northwest. At the end of his life he was proud and satisfied that he had attained all his goals. He was often stubborn, but he always had the best interests of his family at heart. He will be dearly missed.

A memorial service will be held September 17, 2005 at 3:00 PM at the First Presbyterian Church, 2000 West Kennewick Ave., Kennewick, Washington. His remains will be interred at Evergreen Funeral Home and Cemetery in Everett, Washington next to his son Thomas.

In lieu of flowers donations may be made in his memory to the American Cancer Society, the American Diabetes Association or the Hospice at the Tri-Cities Chaplaincy.