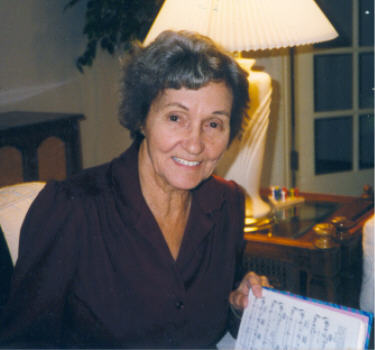 From Kennewick, WA, US | Born in Seneca, Nebraska

Florence moved to Shell, Wyoming as a girl and grew up on her parents ranch where she spent much of her time exploring the great outdoors and riding her beloved horses. Florence grew into a beautiful woman and met and married the love of her life, Charles Russell Cloud. They married in the mid 1930s.

Florence and Russell moved to the Puget Sound area several years later and eventually moved to the Tri-Cites in 1950. They owned the Richland Bakery until it was tragically lost in a fire in 1957.

After the fire, Florence obtained her real estate license and worked for a local agency. She later worked out in the Area and retired from Hanford.

Florence dearly loved her children and grandchildren. She was a devoted wife and a wonderful friend. She loved to laugh, travel, camp in her motorhome, and fish. She had many fond memories of riding horses and her life as a child growing up on the ranch in Wyoming. Florence was an avid photographer, an accomplished artist and she loved to play the organ.

Florences family would like to express their heartfelt gratitude to Emmanuel Care in Kennewick for their love and compassion during her stay with them.

A memorial service to celebrate Florences life will be held on Friday, January 20, 2006 at 11:00 AM at Einans Funeral Home in Richland. In lieu of flowers, a donation may be sent to Hospice at the Chaplaincy, 2108 W. Entiat, Kennewick, WA 99337.