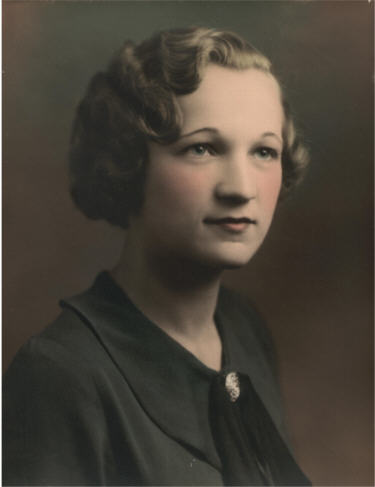 From Turlock, CA, US | Born in South Bend, Indiana

Lottie Sierzan Kline, 90, entered into rest in the company of her family on Saturday, January 28th at Emanuel Medical Center in Turlock, California.

Lottie was born on June 15, 1915 in Detroit, Michigan. In the year 1920 her family moved to Poland where they resided for five years. In 1925 Lottie returned to the United States with her family and lived in various parts of Indiana and Michigan until 1949. During this time period she met her husband, Charles Sheldon Kline. They were married on February 14, 1938. In 1949 Lottie and Charles moved to Richland, Washington. They remained in this area until November of 2001. Lottie resided in Turlock, California for the past four years.

During her lifetime Lottie had many interests. Shortly after high school she attended a local beauty college where she earned her beauticians license. She also worked for a major department store, the Bon Marche, as a Buyer for the Accessories department for approximately five years. She enjoyed this occupation and was quite a success, even in the short time that she worked there. Lottie was also a dedicated homemaker and mother. She and her husband raised two children, Charles and Eileen.

Lottie enjoyed being active and was involved in many community and church organizations. She served as a Den Mother for the Cub Scouts, was an active member of the Womens Eagles Auxiliary and was a Charter Member of Our Lady of Fatima Society with Christ the King Church for many years. Her hobbies included knitting, crochet, bingo and gardening. In fact, she had the opportunity to grow test roses for the company Jackson and Perkins on more than one occasion. She also loved animals and cared for many cats and dogs during her lifetime. She was a life long fan of Notre Dame Football and made a point to never miss watching their games on television. She and her husband, Charles, took great pleasure in being outdoors. They frequently visited their cabin in Packwood, Washington and spent time fishing together. Lottie was a social person and welcomed the opportunity to get together with friends and family for social events. She maintained a kind and friendly demeanor throughout her life.

Services are scheduled for Friday, February 3rd at 1:00 pm at Einans Funeral Home in Richland, Washington.