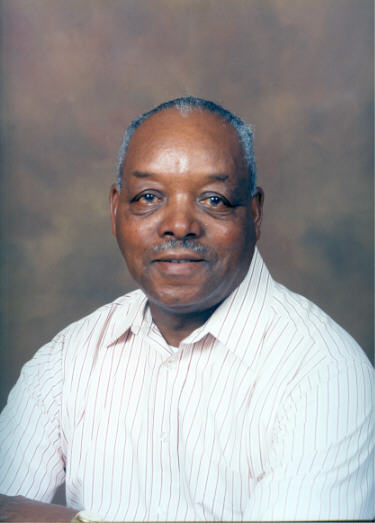 From Richland, WA, US | Born in Muskogee, Oklahoma

J.C. Buddy Beasley, 83, entered Heaven Friday, February 3, 2006 after a long courageous battle with cancer. He was born on June 12, 1922 to Alean and Isaiah Beasley in Muskogee, OK. In 1940 he joined the U.S. Army and served in World War II. After being honorably discharged in 1942 he became a concrete laborer and worked on many construction sites throughout the northwest in that industry until his retirement in 1985. J.C. was a loyal employee and well-liked and respected by everyone who knew him. He was a member of Laborers International Union of North America Local #348, and was given a 50-year membership award in 2002.

In 1979 he met and married the love of his life, Geneva Mae Brooks. In June 2006 they celebrated their 27th year wedding anniversary. After his retirement, he spent his time cooking, fishing, doing yard work, and spending time with his children and grandchildren.

In January 2000, J.C. was diagnosed with pancreatic cancer. The doctors did not have much hope that he would survive the first year after being diagnosed, but J.C. never gave of hope and even though he was hurting he always had a smile on his face. He will be dearly missed by all who knew him.

The family would like to thank Dr. Richard Marquardt, The Hospice at the Chaplaincy and their staff for all their support and friendship, along with neighbors and friends who supported the family.