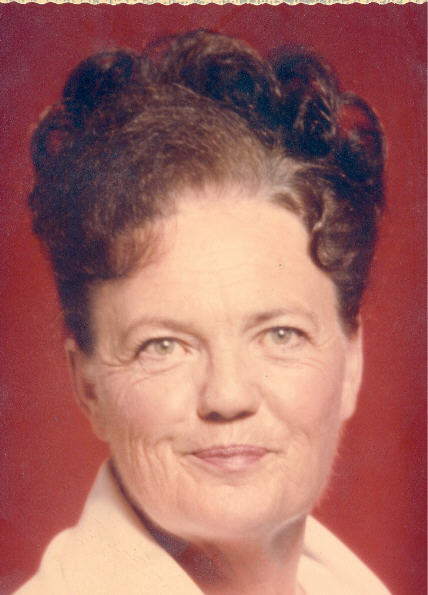 From Richland, WA, US | Born in Kingman, Kansas

BEULAH BARTON OBITUARY Beulah Mae Barton passed away Sunday, June 18, 2006, at the age of 80. She was born January 7, 1926, in Kingman, Kansas, to Albert Ronnell and Etta Mary Dunsworth Byers.

Beulah's father died when she was young and her mother and she went to live with her maternal grandparents. It was at their boarding house she met and fell in love with Allen Paul Barton, who was working on a threshing crew. Allen and Beulah Mae were married on January 31, 1943. Shortly after Allen entered the Army and Beulah followed him to his various posts. Following Allen's honorable discharge in 1945, they came to Richland where Allen would work as a chemical operator and Beulah as a homemaker. In 1952 they were joined by a son, Ronald and in 1955 a daughter, Debbie. The family moved to Benton City where Allen and Beulah would raise their family on a gentleman's farm. Together they loved and gifted their children beyond measure and would provide warm hospitality to all who came into their home.

Beulah started working for the Tri-City Herald in 1963 as the sole carrier for Benton City. In time she would become the suburban Circulation Manager and would oversee the offices of and open up new areas in the Yakima Valley and the Columbia Basin. Her chance to talk to new people, to share colorful stories, and to care for people was a perfect fit for Beulah Mae. She excelled.

A tireless worker, Beulah continued to care for her family. She was the faithful, loving caregiver of Allen through his various health problems. This was just another time of Beulah demonstrating both her deep and abiding love for Allen as well as her truly remarkable strength and endurance during trouble times. Allen died in 1987 following a car accident. Although no stranger to loss, death, or hard times, the loss of Allen was in many ways the end of Beulah, as her family knew her. We miss her.

Beulah Mae is survived by her son and daughter-in-law, Ron and Piper Barton of Pasco and their children: Raven Rob Smith, Rachel Mark Garrett, and Brittany Barton; her daughter and son-in-law, Debbie and Tim Lindquist of Richland and their children: Kirsten and Taylor Lindquist, her brother-in-law, Leonard Barton of Independence, Kansas, and various nieces and nephews also survive her.

Graveside services will be held Friday, June 23, 2006, at 10:00 A.M. at Sunset Memorial Gardens in Richland. Einan's Funeral Home is in charge of arrangements.

In lieu of flowers, the family asks that you please consider a gift to Liberty Christian School or a charity of your choice.

Express your thoughts and memories in the online Guest Book at www.einansfuneralhome.com.