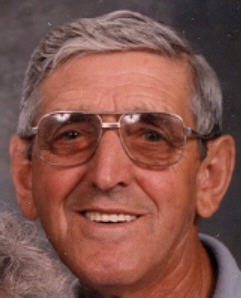 From Richland, WA, US | Born in Charles City, Iowa

During his teens he was in C.C.C. in Northern Washington. Carl joined the Army in 1942, during the war, and rode with injured soldiers from Australia to the U.S. He also cooked and drove trucks before being honorably discharged in 1945. Carl was most proud of his C.C.C. and Army Service as well as his gardens and trees.

Watching the Chicago Cubs and talking sports were some of his favorite hobbies, but he loved working outside and keeping things green.

Survivors include step-daughters and their husband, Mert and Jack, Patty Lynn Briggs and David Briggs, Carol and Ron Asplund; grandkids Teresa, Rory, Laura, Jacob, Paula, Jim and Christy. He was preceded in death by his wives Emma and Grace.

Special thanks to Richland Gardens for their help in making Carls last few years comfortable; also to Dr. Frank Cole and Dr. Gordon Hsieh for caring and helping us all through this. They went above and beyond.