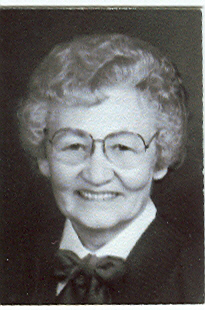 From Richland, WA, US | Born in Mason City, Iowa

Evelyn and Ron served seven Christian & Missionary Alliance churches, the last being the Richland Alliance until their time of retirement.

Evelyn is survived by her two sons, Ronn, Jr. of Richland, and Richard of Westminster, Colorado, their spouses, and three grandchildren and two great grandchildren..

In lieu of flowers please go get a big steak at your favorite restaurant and think of Evelyn...