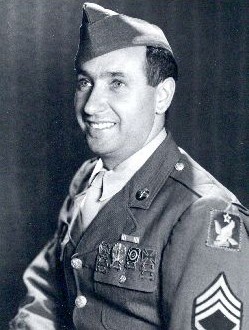 From Richland, WA, US | Born in Bassevelde, Belgium

While in the service he met his future wife, Doris Sams, in Casper, Wyoming. They married in Scotts Bluff, Nebraska in 1943. They recently celebrated their 62nd wedding anniversary.

He retired from the U.S. Civil Service in 1972, having worked as the Superintendent of Mail at the U. S. Post Office in Richland.

He and his wife enjoyed traveling. They took a combined 110 trips, tours, and cruises, through 115 different foreign countries, on 72 different airlines. Over the course, they traveled approximately 800,000 miles. He visited 600 foreign cities, was airborne over 700 times, and flew, in actual air miles, the equivalent of 40 times around the world.