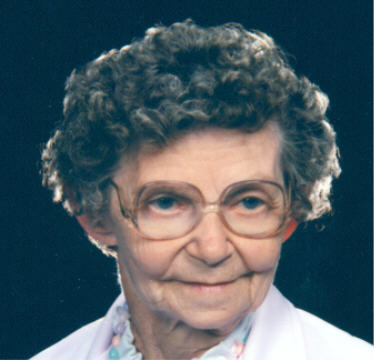 From Richland, WA, US | Born in Sandusky, Ohio

Maes bedside was attended by loving family and caregivers during the last several days as she passed over to Heaven. She was born on January 12th, 1916 in Sandusky Ohio. After attending Moody Bible School, Mae worked as a missionary and was almost caught in China during the Boxer rebellion. She was working for a church in Chicago when she met and married Ray. They later moved to California where they raised five children. Along with continuing her church work, being a wife and mother, Mae went back to school and became a nurse at Pomona Valley Hospital. After Rays passing, Mae moved to the Tri-Cities in 1986 to live by her only daughter, Dottie Carrell of Richland.

While living in Pasco, Mae attended Pasco First Christian Church and taught Sunday school there as well as serving on the Folding Group at that church for years. She also did volunteer work for Child Evangelism and was a member of Pasco Senior Citizens. Mae enjoyed baking, gardening, and sewing for others  especially her grandchildren.

Mae was always sweet natured, generous, forgiving, firm yet loving, and the perfect inspirational example of how to be our Mother, Grandmother, friend, and Woman of God. Mae would make all who entered her home feel special as she would take the time to have caring conversations with all of us. Always a hard worker, Mae worked hardest at serving others  even after her stroke, when she could not do much physically, she never asked anyone to do for her what she could do for herself. Even before she lost the ability to speak, Mae was quiet but spoke volumes with her sweet, sweet smile and loving eyes. Most of all, Mae would want us to tell of her strong faith that carried her through hard times and joy equally. As her wonderful spirit lives on she remains the best example of a Christian we shall ever see.

Mae was preceded in death by her loving husband Ray McConnell, her sister Dorothy Kersten, her sister-in-law Marie Anderson, as well as numerous friends.

Maes final resting place will be at Pomona Mausoleum where Ray was buried.

Express your thoughts and memories on the online guestbook at www.einansfuneralhome.com