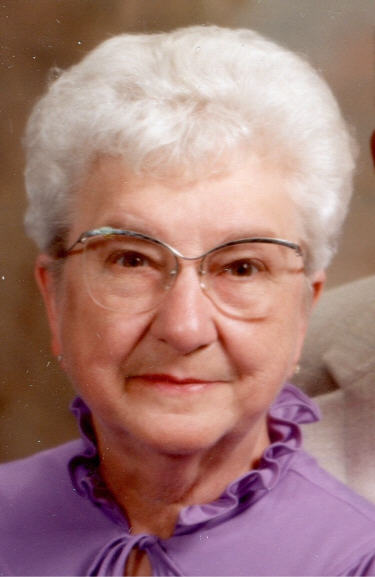 From Richland, WA, US | Born in Williston

Marjorie Marge Dolores Heinen Stocker, age 85, died in the arms of her loving family at Kadlec Hospital, Richland, Washington, in the early morning of July 4, 2006. Marjorie was born in Williston, North Dakota, to Anthony John and Priscilla Josephine Heinen on September 16, 1920. Her parents later moved to St. Cloud, Minnesota, where Marjorie attended school, later graduating from St. Benedict College in St. Joseph, Minnesota, in 1942, with a degree in Home Economics. She worked at Glacier National Park during the summer after graduation and later moved to Washington, DC, where she worked for a short time before enlisting in the United States Navy during WWII. After basic training, she was stationed in the Medical Corps at Farragut Naval Hospital, Idaho, where she met her husband, Ralph Ken Stocker of Kennewick, Washington. They were married on June 30, 1945, in Couer dAlene, Idaho. After Ken and Marges discharge from the service, they moved to Richland, Washington, to join Kens family, who had moved to the Tri-Cities after Ken joined the Marines. Marge worked for General Electric in the Payroll Department until she left to raise her family. In 1966, she returned to work at Battelle Northwest as a Reference Librarian, later retiring from the Washington Public Power Supply System as a Supervisor in Records Management. After her retirement from the Supply System, Marge worked for several years at the BookNook in Richland, Washington. Our mother loved books so her job at the Booknook was a great joy to her. Our mother instilled her love of books and her love of knowledge, in general, in all of us.

Our mother was a wonderful loving mother, mother-in-law, sister, Nana, and Great Nana who loved her family unconditionally and always put her family first. We always knew we were the center of her universe, and she loved us more than life itself.

Our mother may be gone from this earth, but our memories of her will live on forever. We will miss her wonderful sense of humor and the love she gave freely to all of us.

In lieu of flowers, memorial contributions may be made to The Hospice of the Chaplaincy, 2108 W. Entiat, Kennewick, WA 99336.