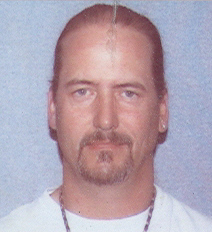 From West, Richland, WA, US | Born in Seattle, Washington

Frank Joseph Miksch IV, 44, of West Richland, passed away August 4, 2006 at Kadlec Medical Center. He was born to Frank Miksch III and Jo Dee Granthum Miksch on November 2, 1961 in Seattle, Washington. He was a Nuclear Chemical Operator for CH2M Hill.

He lived in the Tri-Cities all his life, growing up in West Richland at a house on Fallon Drive. In 1980 Frank married and started working for Hanford. Soon after he started his family he had two daughters Laticia and Vanessa, and one son, Jeremy.

He was a big jokester and could make people laugh their heads off. He was very well liked by all his co-workers. He will be greatly missed for his knowledge and wit.

Frank was one of the best Nuclear Process Operators there was, spending 18 of his 25 years at B-Plant. When nuclear processing stopped and Hanford Clean-up started, Frank became a Nuclear Chemical Operator and worked at Hanford Tank Farms doing Nuclear waste clean-up. He was very dedicated to his job.

He grew up learning many secrets of automotive mechanics and spent countless hours teaching his son to be a mechanic. He was a great mechanic and would help anyone. You rarely saw Frank and his son apart, they were there for each other. He enjoyed the time he spent with his grandkids and his two beautiful daughters. When he wasnt spending time with them his time was devoted to his girlfriend Lauren Allen. It was hard to share him with everyone. There wasnt enough time in the day.

Frank was preceded in death by his grandfather Frank J. Miksch Jr., mother and father Frank and Jo Dee and brother Patrick Miksch.