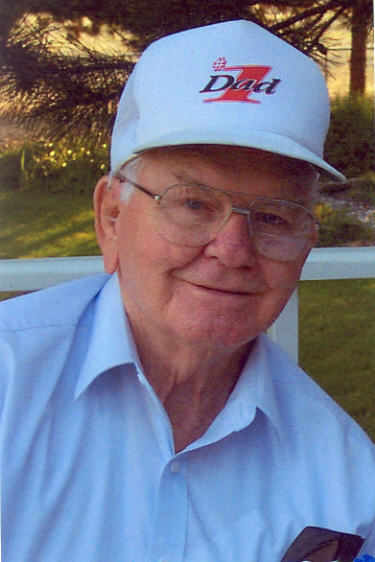 From Richland, WA, US | Born in McWhorter, West Virginia

Carpenters Mate 1/c Louis Kenneth Ford was born on July 26, 1918, and is the son of H.L. Ford of West Virginia, and the husband of Betty Louise Ford of Stinnett. On June 16, 1943, he volunteered for the Seabees, and was trained at Camps Peary, Parks, and Port Hueneme. He served in Australia and New Guinea from January 1944 until October 1944 when he participated in the battle of San Juanico Strait between Leyte and Samar in the Philippines. His Bn., the 105th, was the first to land in the Philippines coming ashore at Tacloban on Leyte. He also served at Catbalogan and Guiuan on Samar Island, and on the islands of Macatan and Cebu. He was awarded three Bronze Star Medals, Philippine Liberation Ribbon, Philippine Campaign Ribbon, Asiatic-Pacific Ribbon, three Navy Commendations for duties performed. He was discharged on November 27, 1945 as Chief Petty Officer.

Louis and Betty started their family in Texas and in 1947 moved to Prosser. They later settled in Richland where they resided for 52 years. Louis worked at the Hanford site as a Millwright. Throughout his career he traveled all over the United States and Canada, installing turbines, later working for Boeing and Rockwell where he retired as a Construction Engineer in 1984.

His love of baseball led Louis to become involved with his grandchildren in Little League throughout the Tri-Cities. Louis and Betty celebrated their 67th wedding anniversary on August 19, 2006.

He was preceded in death by his parents, Herbert and Nancy Ford; sister, Elizabeth McCombs; brothers, George, Herbert and Max Ford.