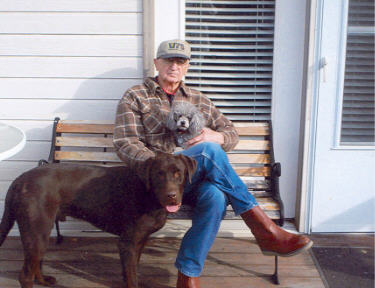 From Kennewick, WA, US | Born in Wenatchee, WA

Eldon H. Reiman passed away on April 24th in his beloved home.

Eldon was fond of antique cars and was a member of the Ye Old Car Club. He loved fishing and the beautiful outdoors.

Eldon’s dog Katie and cat Mickey will miss him dearly. His family, friends, and faith were his passion. We will carry his smile in our hearts forever.

In celebration of Eldon’s life, there will be a memorial service held at the Calvary Chapel on Saturday, April 28th at 3:00PM with a reception and food after the ceremonies.