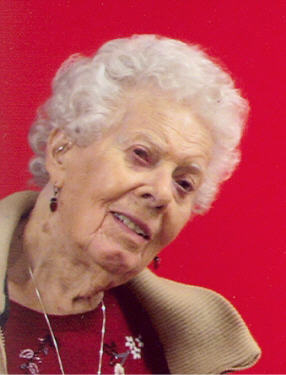 From Kennewick, WA, US | Born in Washington, D.C.

On Easter morning, April 8, 2007, Elizabeth Betsy Burrell deBedts passed away at Hospice House in Kennewick, Washington. Betsy was born on April 2, 1914 in Washington, D.C. to Maude Embrey and Maynard Crane Burrell. A year later, she moved to Fredericksburg, Virginia, where she spent her childhood. As a teenager, she lived in Winter Haven, Florida. Betsy attended high school and Brewster Business College in Tampa, Florida. Two years later, she moved to Miami, Florida, where she met and married Charles A deBedts in 1940. In 1950 they moved to Dallas, Texas; two years later to Fort Worth, Texas, where their daughter, Lisa, was born. In 1956, with eleven other residents of southwest Fort Worth, Charles and Betsy started St. Christopher's Episcopal Church.

At age 50, Betsy got a license to sell real estate and liked it so much that she went back to school and earned her Broker's License. She sold real estate until her retirement in 1980.

Both Betsy and Charles loved to travel. Summers were planned around the family's annual vacation. They visited many places in the United States and were regular visitors to Mexico, a place dear to Betsy's heart. After their retirement they were able to travel to the British Isles where they enjoyed the country with no rain!, Europe, and many other wonderful places.

In 1983, Charles died. Betsy continued to live in Fort Worth, and kept traveling. In 1989 she sold her home and moved to Richland, Washington to be near her daughter Lisa and her family.

Betsy joined Kadlec Hospital Auxiliary, helped at meal times at the Richland Senior Center, and took many delightful trips with Ramblin' Rovers. She also joined the Newcomers Club, where she met several women who had moved to the Tri-Cities at about the same time. She was an active member of their book club. Reading was one of her favorite pastimes.

Betsy was active in her church, All Saints' Episcopal, in Richland. She was instrumental in getting an all-church Christmas greeting started, with proceeds gong to the church's Outreach Program. Betsy was also involved in the church's Shawl Ministry program and was a regular member of the Bible Study Group.

Betsy is survived by her daughter Lisa and son-in-law George Richmond of West Richland; grandson Geoff Richmond and his wife Jenny of Kennewick; her sister, Margaret Booth, of Pensacola, Florida, as well as her many friends.