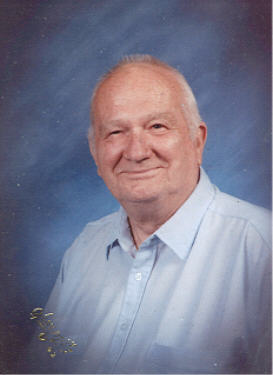 From Richland, WA, US | Born in Fort Benton, Montana

Vince was born in Ft. Benton, MT on October 11, 1927 to Cornelius and Mary Bogner. He worked for and retired from Rockwell in 1989 where he worked as planner/scheduler. He was a member of KC, Moose, American Legion and Christ the King Parish, and served in the US Navy, Seabees.

Preceding him in death are his parents, brother Connie Cornelius and loving wife of 52 years, Marie, to whom he was married from Jan. 21, 1949 until her death in 2000.

Mass of Christian burial will be celebrated at 10:00 AM on Monday, May 14, 2007 at Christ the King Church, Richland. Graveside will follow at Sunset Memorial Gardens, in the Devotion Niches.

In lieu of flowers, donations may be made to Hospice at Tri-Cities Chaplaincy, 2108 W. Entiat, Kennewick, WA 99336, or to a charity of your choice.