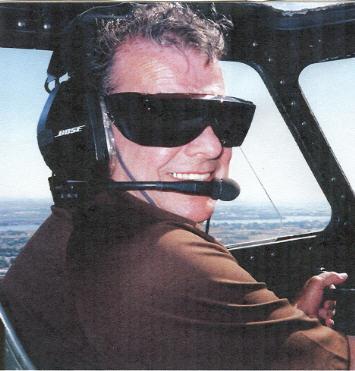 From Richland, WA, US | Born in Nampa, Idaho

Captain Jay Rollin Varvel was born October 24, 1924 in Nampa, Idaho. He passed away at Sacred Heart Hospital in Spokane, Washington June 12, 2007. Jay was one of two children born to Glen Lyle and Noryne Gardner Varvel. His parents and his brother, Jacque, preceded him in death. He is survived by his wife, Coleen Robinson Varvel and his ''family of choice,'' Joann, Cathy, Brent, and Michele Preston.

Jay spent the first fourteen years of his life in Emmett, Idaho, before moving to Boise, Idaho in 1938. In Boise, he met the lady, Coleen Robinson, who became the love of his life and married her Christmas Day 1945. Theirs was a truly happy, devoted, and fulfilling union lasting for sixty-two years.

Jay had one quarter remaining in his senior year of high school when he left school to enter the U. S. Army. He reported for active duty in February 1943. After completing training, he was assigned to the Pacific Theater of Operations as a member of the 165th formerly Fighting 69th Infantry Regiment, 27th Infantry Division. The unit was soon committed to combat, participating in the battles for Makin Island, Saipan, and Okinawa. Jay served in line companies as a heavy machine gunner and then as the commanding officer's radioman until his unit was decimated on Okinawa and removed from active combat. During the course of these assignments Jay rose to the rank of Master Sergeant and distinguished himself in combat, earning two Bronze Stars for valor and the Combat Infantryman's Badge as well as being awarded two Purple Hearts. He left active duty in November 1945, joining the U. S. Army active reserve force and filling a number of senior noncommissioned officer positions before accepting a commission as a second lieutenant in October 1952. Jay continued his active reserve service as an officer until 1961 when he transferred to the Inactive Reserve.

After leaving active military service, Jay---unaware that he had already accumulated enough credits to graduate from high school in Idaho---enrolled in high school at Richland to complete requirements for his high school diploma, effectively becoming a two-high school graduate.

After graduation in 1946, he accepted a position in accounting at Hanford with E. I. Dupont and, later that year, joined General Electric Company where, over the next several years, he filled positions in Nuclear Reactor Maintenance and Operations as a trainee technician and then as a specialist in the area of Nuclear Reactor Instrumentation. In 1966, Jay joined the Hawaiian Electric Company in Honolulu, HI where he worked in the Technical Division as and engineer and an instructor charged with qualifying personnel to operate a planned Hawaiian Electric Company Nuclear Power Generation plant that was later cancelled. Returning to the mainland in 1967, he joined Heath Tecna Corporation as an engineer and manager working primarily on robotic arms projects for the PISCES submersible. While with Tecna, he was awarded two patents. He returned to Hanford, joining vitro Engineering when Tecna eliminated their R & D Department in 1971. Jay moved to Burns & Roe Engineering as a Senior Planner in Quality Assurance in 1974, before joining Atlantic Richfield Hanford in 1975 as a supervisor charged with forming a Quality Assurance/Quality Control Department. In 1977, he became Manager, Quality Engineering and Quality Control for Rockwell Hanford Operations and, in 1980, became an individual contributor to the Vice President, Quality Assurance and as well as Site Metrologist. In the latter position, he represented RHO to the National Bureau of Standards in Washington, DC and Boulder, Colorado. Jay retired from Hanford in 1986.

Jay never neglected opportunities to serve his community in both professional and community organizations and activities. He was one of the founders, and a Charter Member, of Richland Veterans of Foreign Wars Post 7952. In 1957, he assumed responsibility for the Building Codes of the new City of Richland. He served as President of the Richland Light Opera Company and appeared on stage or was active behind the scenes in many of their productions over a period of fifteen years and was a recipient of their Life Time Achievement Award. He was Secretary of the UCLA Extension Marine Technology Society in Seattle. He served brilliantly as chairperson of a committee to establish criteria and standards for instrumentation training at Perry Institute. In recognition of his outstanding contributions to their programs, the Institute named a laboratory for him. Jay served as president of both the Richland Instrumentation Society and the Richland Dancer's Guild. He was a Charter member of the Rockwell Hanford Chapter of the National Management Association. He was also a member of the Junior Chamber of Commerce and the Japan/American Society. Jay was a Life Member of the Veterans Corps of the 69th Infantry Regiment, the 27th Infantry Division Association, the Military Order of the Purple Heart, a member of the Military Officers Association of America and Project Honor.