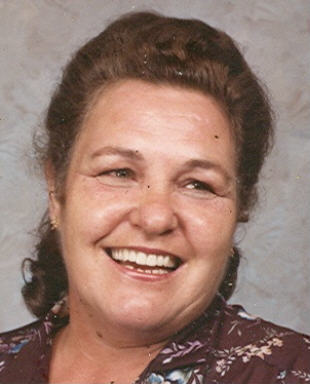 From Benton, City, WA, US | Born in Logan, Ohio

Our loving mother left this earth Sunday, June 3, 2007 after a prolonged illness.

Her peaceful passing occurred at the Tri-Cities Chaplaincy Hospice in Kennewick, Wash., with her family at her bedside.

Erma was born in Logan, Ohio Hocking County, September 16, 1931, where she attended grade school and was the valedictorian of the Carbon Hill School class of 1949.

She married her sweetheart, Dick Conley, in June 1949 and moved to Columbus, Ohio where she had six children over the next six years, including a set of twins.

Jean worked as a clerk at the local A&P before relocating to Goodyear, Ariz., in 1970 where she began a career in civil service at Luke Air Force Base in Glendale, Ariz. Erma first worked at the base commissary before becoming a billeting clerk, a position she held until her retirement in 1994. She touched many lives during her tenure at the base and was affectionately know as Grandma by many of the servicemen who crossed her path.

Erma was widowed in 1974 and continued to devote much of her time and energies to her family, whom she loved with all that she was. She moved to Benton City, Wash., in 1994 to be closer to her daughters and extended family and lived in the area until the time of her passing.

Erma Jean prized her friends and family, loved to crochet, read, sing and could often be found enjoying a rousing card or board game with her children and grandchildren. She had a legendary green thumb and surrounded herself with hearty plants and flowers, especially her beloved roses.

Mom, thank you for your love. You will be sorely missed.

Family and friends are invited to gather for a memorial service in Ermas honor Monday, June 11, 2007 at 1 p.m. at the Heinlein-Brown Funeral Home in Logan, Ohio, located at 204 W Main St. Interment will follow at the Fairview Cemetery in Rockbridge, Ohio.

In lieu of flowers, contributions can be made in Ermas name to the Tri-Cities Chaplaincy Hospice at 2108 W. Entiat Ave, Kennewick, WA 99336.