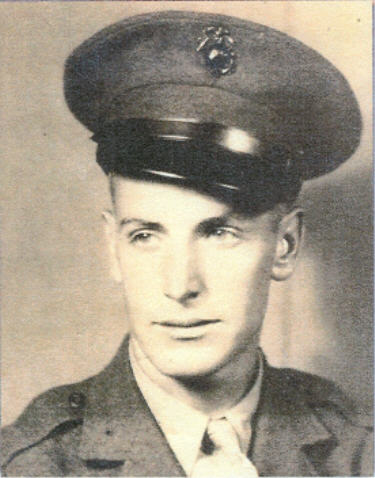 From Richland, WA, US | Born in Benton City, Washington

Leo Warren, age 83, passed away on June 9, 2007. He was born on March 22, 1924 in Benton City. His mother Mildred raised Leo and his two brothers Gene and Clifford Earl. Leo graduated from Ki-Be high school in 1942 and soon joined the United States Marine Corps. He proudly served in WWII. He spent over two years in the South Pacific. During that time he engaged in three beach head landings, Tarawa, Saipan, and Tinian Islands. He was very proud of being a Marine and being awarded two Presidential Unit Citations. ''Thank you Leo for putting your life on the line for your country and your fellow Marines.''

After discharge Leo started work for DuPont in the transportation field. He worked more than 40 years at Hanford. He enjoyed many years of work, and gained numerous friends. He retired from Rockwell as manager of the Hanford bus and rail department.

Memorial services will be held at Einan's funeral home in Richland on Thursday, June 14 at 11am. In lieu of flowers, Leo's wishes were for donations to be made to the Tri Cities Chaplaincy Hospice House, 2108 W. Entiat, Kennewick, WA 99336.