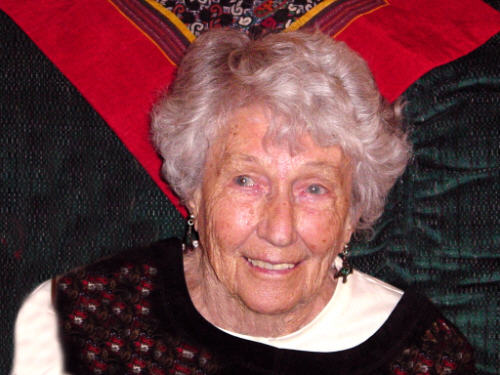 From Richland, WA, US | Born in American Falls, Idaho

 Swimming, a pallid word for such a total, all over experience  Surround Sound- just big booming speakers  Surround River, -- a big booming splash as you dive in, water enclosing you with bubbles all about. Welling up until your face breaks the surface and you smell the muddy banks. Stroking against the current, - strong and exhaultant, water flowing in a cool stream past your shoulders, arms, sides, back and legs. Turning over and floating you see a distant airplane as insubstantial as the puffy white clouds beside it. The shore on the other side of the river, as far away as tomorrow, or yesterday. Its trees painted on and will never change. Peace. At one with the earth and the sky. Oh Shenandoah I long to see you, -- away, you rolling river. The lyricist might have evoked a more profound memory if he had said, I long to feel you, even if people did look at him oddly. As the summer goes by your stomach gets flatter, your shoulders go back, your gaze grows clearer and your head is held high. Your river has granted you health to last all winter. Swimming in the river, unchained, unanchored  is as close to walking in space, or glory, as you are likely to get.

Besides reading, nature, deserts and water, Marge loved lively parties, hosting them nearly every weekend in the summer. She was a fervent bridge player, gardener and traveler. Her meals were stunning  always delicious, creative and beautiful to look at. Her home was open to all, for food, a place to stay, a cup of tea or a warm and encouraging word  or, more often a whole lot of very funny and brilliant words of wisdom and calm. Marge was honored to be included in the book  Whos Who of American University Women.

Marge believed in the power of community and working together. To that end, she spent many years involved with the Shalom United Church of Christ, organizing garage sales, spurring people on to build a kitchen, financially supporting that endeavor, bringing in silk trees to brighten up the church and participating in countless book discussion groups, play reading groups and dinner groups. Many long-lasting friendships were made through her experiences at the church.

She remained vital up until her mid-nineties. As she started to slow down, her mind still enjoyed listening to the New Yorker and the Atlantic magazines on tape digesting the material and eager to talk with her grandsons about the latest political situation or happening that was going on at the time. Although she came from the world of 1910, she readily accepted change and all of the new ideas her teenage grandsons brought to her. She had an intellectual curiosity that was always discovering, questioning and learning. Marge still loved singing and classical music  something she had learned from her mother, a classical opera singer.

Marjorie was preceded in death by her two husbands, John M. Fox and Mike Mickelson, her parents, Ethel and Willard Spalding and her three sisters, Virginia Rettinger, Lisbeth Reed and Sybil Watkins.

She had many great friends, but two, Dean and Audrey Hall continued a long and loyal friendship throughout  and especially so, during these last few difficult years. Also, Kenny Wright was a good friend to Marge and helped her in many ways. The family would like to thank Marges caregivers over the years for the diligent and wonderful, loving care  most especially Charlotte, Maria and Wendy. A special thanks go to Joan Crain who, with her loving heart and gentle soul, helped so much in the final days.

Marges memorial will be held at Shalom United Church of Christ at 505 McMurray St. in Richland at 2:00pm on Wednesday, June 20. In lieu of flowers, please make contributions to the Marge Fox Memorial fund at any Bank of America for a living memorial that will be placed along the waterfront. Einans funeral home is in charge of arrangements, and e-mails can be delivered online via their website.

And finally, one more quote from Marges book. She was talking about the ending of all the dock/swimming/waterskiing years on the Columbia River  as the kids all grew up and went off to college. She wrote  I stood on the dike gazing down at the river. Gone were the gleeful cries of children, the smell of hamburgers cooking, the shouts of a skier coming in for a landing. The river rolled on, indifferent, unknowing, uncaring. And then I thought, of course, of course the river rolls on  thats what rivers do. If we want immortality then we must supply the words and music ourselves. Mom, you certainly did write your own words and music  and those exquisite words and resounding music shall live on in our souls forever.