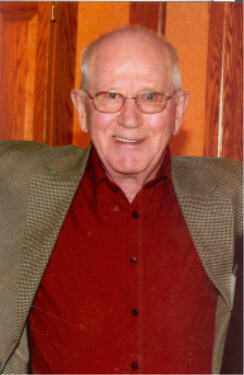 From Richland, WA, US | Born in Calgary, Canada

Jack was a good friend to many, known for his hard work, warmth of spirit, and intellect. A Tri-City resident for over 30 years, Jack touched many lives in the community, and will be remembered fondly by those he influenced through his volunteer work as a youth sports coach, and those who knew him at church, at work, as a neighbor, or simply as a friend.

Jack was born June 15, 1930 in Calgary, Alberta, where he grew up during the Great Depression and World War II era. As boys, Jack and his brother, Bill, developed a passion for hockey that they shared their entire lives. They played together for many years, first on neighborhood teams and later, as teenagers, on elite teams at every level. Once, when there was no team in their neighborhood, they formed one, obtained a league franchise, recruited other boys, and eventually went to the city semi-finals before losing. A photo of one of their teams hangs in the Calgary Saddledome today. Jack’s interest in hockey continued his entire life; he was a long-time Tri-City Americans season ticket holder and youth hockey coach.

Jack attended elementary and high school in Calgary, played hockey for Colorado College, and graduated from University of Tulsa with a degree in mechanical engineering. He pursued graduate studies at Washington State University, and earned his professional engineering license. Jack worked on several large construction projects across the U.S. before settling in the Tri-Cities, where he worked as an engineer at Hanford for many years. More recently he worked at the US Army Chemical Depot in Umatilla, and on the Vitrification Plant project for Washington Group International. Jack possessed a strong work ethic, and never fully retired. After being diagnosed with cancer, he continued as a plant design engineer on the vit plant until spring, when the disease prevented him from working any longer. Jack battled cancer in his style, never giving up without a fight.

Jack was a loving husband, father, grandfather, and brother. His grandchildren loved spending time with Papa. He was kind, intelligent, a man of integrity, a hard worker, and a loyal citizen. He had a generous spirit, giving to many causes and contributing his time to youth hockey, softball, and little league. He was a long-time member of Christ the King Church in Richland, and could always be found at his favorite event, the Sausage Fest, working as a volunteer or just having fun with his family. Jack also volunteered for the March of Dimes and was a frequent blood donor for the American Red Cross.

Jack was preceded in death by his father, Cecil Patrick O’Leary, in 1937, and mother, Helen Maloney O’Leary, in 1989. He is survived by his wife of 42 years, Lovada, and their children, daughter Christi, Richmond, Virginia; daughter Katie O’Leary-Wilburn and husband Matt and their children Hazel, Jack, and Jude, Richland; and son Patrick, Seattle. He is also survived by daughter Cheryl O’Leary of Tulsa, Oklahoma; brother Bill O’Leary and wife Betty, sister Marilyn Shaw and husband Darrel, and sister Judy Theroux, and many nieces and nephews, all of Calgary.

A memorial mass will be celebrated at 1 p.m., Monday, October 1 at the Christ the King Church in Richland. Friends may choose a donation in Jack’s name to the American Cancer Society. Please share your thoughts and favorite memories about Jack in his online guest book at www.einansfuneralhome.com.