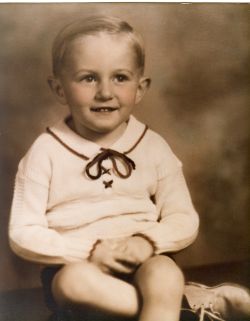 From Richland, WA, US | Born in Worcester, Massachusetts

Alfred ''Al'' F. Standring, age 75, left to be with our Heavenly Father on October, 31, 2007 after battling a long illness. He was born in Worcester, MA on December 19, 1931 to Alfred H. and Pearl A. Standring. At the age of seventeen, he enlisted in the Army and served in the Korean war. He was discharged in 1955 and has lived in Richland ever since. While stationed at Camp Hanford, he met and married Claudette Petersen in August of 1951. They had two daughters. They divorced in January 1960.

In April of 1960, he met and married Alice JoAnn Laird. Together, they had three daughters and one son.

After being discharged from the military, Al worked in a supply store for GE for a short time and then in 1956 he was hired as a firefighter at the Richland Fire Dept. Later, he served at the Hanford Fire Dept. until he retired as Captain in 1989. He also worked for Mobil Oil Co. delivering oil in the Tri-City area. After retiring from the fire dept. he worked as a greeter at the Kennewick Target Store from 1996-97.

Al would play Santa Claus at family functions and for different organizations for several years. He loved children and was often mistaken for Santa Claus by children during the holiday season even out of costume.

He was an avid hockey fan and always had season tickets up until two years ago when he became ill.

He will best be remembered for his sense of humor and generous heart and will be greatly missed by his family and friends.

A special thanks to Hospice for their caring support.

In lieu of flowers, contributions can be made to Hospice, American Diabetic Assoc., Veteran's Association and Tri-Cities Cancer Center.