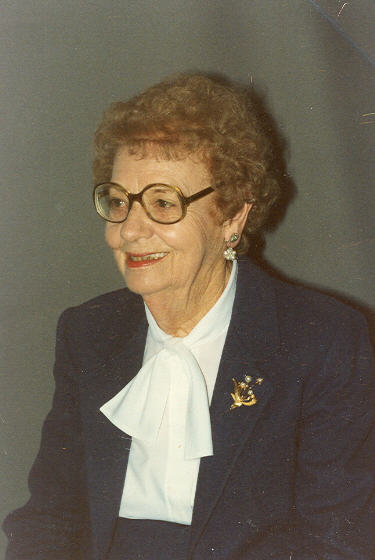 From Richland, WA, US | Born in Hermann, Missouri

She and her husband, Lee Clarkson, joined the educational staff of the Richland, WA school district August 1945; he as principal of Lewis and Clark Elementary and she as a teacher at Jefferson Elementary.

When Artilla was ten years old, the family moved to Kansas where she graduated from high school in 1927 as class valedictorian. She was awarded a scholarship to Fort Hays State College where, after two years, she obtained a life teaching certificate and taught ten years in Kansas before enrolling at the University of Northern Colorado Greeley where she received her Bachelor of Arts degree.

Artilla and Lee loved to travel extensively. After retirement, their adventures took them to five continents, all 50 U.S. States, and every province in Canada. Artilla's hobbies, besides traveling, included flower gardening, genealogy, golfing, and baking. She had been a member of Southside United Protestant Church in Richland since 1947 where she enjoyed helping with youth activities including the Vacation Bible Program and baking for special church functions.

Besides her parents, she was preceded in death by her husband Lee William Clarkson in 1979, her brothers Virgil W. Huxol and Harvey W. Huxol, and her stepson Bill L. Clarkson. She is survived by her stepdaughter Shirley Blackburn of Holcomb, KS, nephew Harvey Walker Huxol of Springfield, MO, and nieces Jean Ann Nichols of Springfield, MO, Carol Kay Blahnik of Richland, WA, and Marvee Ann Mink of Littleton, CO. Also surviving her are grand nieces and nephews, great grand nieces, a great grand nephew, several step grandchildren, step great grandchildren, and her dear friend, Louise Fellows.

Artilla will be remembered with love by all who knew her. Special thanks to Dr. Ryan, Dr. Seda, Dr. Khawandi, and all the staff at Eagle Assisted Living for the love and care they gave to our Aunt Artilla. We love you dearly, Aunt Artilla, and we miss you.

At Artilla's request, graveside services only will be held Friday, November 2, 2007, at 11:00 a.m. with Pastor Jim Amend of Southside United Protestant Church officiating. Interment will be at Sunset Memorial Gardens, Richland, WA.

In lieu of flowers, remembrances may be sent to the youth fund, Southside United Protestant Church, 517 Jadwin Ave., Richland, W A, 99352.