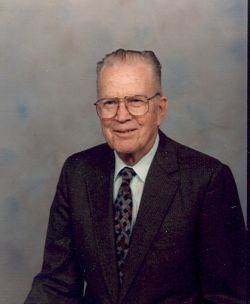 From Kennewick, WA, US | Born in Payette, Idaho

Elmer Kenward ''Ken'' Nesbitt was born in Payette, ID on May 17, 1916 and died October 26, 2007 at Canyon Lakes in Kennewick, WA. He was the oldest child of Io Kenward Nesbitt and Elmer H. Nesbitt. He went to school near the Nesbitt Ranch at Ola, in Payette, and in Emmett, lD. He graduated from Emmett High School in May 1935. Elmer Kennie attended the University of Idaho and graduated with a BS in Civil Engineering in June 1941.

Kennie worked for the State of Idaho and The Bureau of Reclamation in various locations in Southern Idaho. He also spent 14 months in Alaska working for the U. S. Army Engineers. He enlisted in the U. S. Navy and received his commission. Kennie served in the Pacific Theater as an officer aboard a net tender for over a year. As a Lieutenant, he received his discharge in 1946. On June 14, 1940, he married Phyllis Stanton in Payette, ID. They had two children, Stanton Jeffery, and Barbara Aileen.

The E. K. Nesbitt family moved from Idaho to Central Washington in 1949. Here he worked on the building of the Columbia Basin Irrigation System. They lived in Ephrata and Eltopia. In 1959, Kennie and family moved to Kennewick, WA where he went to work for the AEC in Richland, WA.

After a divorce, he married Myrtle Cathcart Stephens in 1967. He was preceded in death by his parents, his daughter Barbara, his brother David, and stepson Dennis.

Kennie loved to travel. He and his wife took cruises to the Caribbean, Alaska, the Mediterranean, the Panama Canal, and around Nova Scotia. They have also made trips to Alaska, Mexico, Israel, China and Europe.

He enjoyed working on old cars. He restored several over the years including a 1928 Plymouth that he donated to the antique car museum that has been started here in the Tri-Cities.

Kennie is or has been a member of the following organizations: National Association of Retired Federal Employees; Masons, Veterans of Foreign Wars, Richland Lutheran Church, Ye Old Antique Car Club, and The Road Runners, Prairie Shufflers, and Columbia River Square Dance Clubs. He was a member of the American Society of Civil Engineers.

Graveside services will be at 10:30 a.m. Wednesday, October 31, 2007, in Sunset Memorial Gardens followed by memorial services at 11:30 Wednesday at Richland Lutheran Church. Visitation will be at Einan’s Funeral Home from 4:00 to 8:00 p.m. Tuesday. In lieu of flowers - donations can be made to Good News Media Ministry c/o of Richland Lutheran Church 901 Stevens Dr. Richland, WA 99354 or Tri-City Hospice, 2108 W. Entiat Ave. Kennewick, WA 99336.