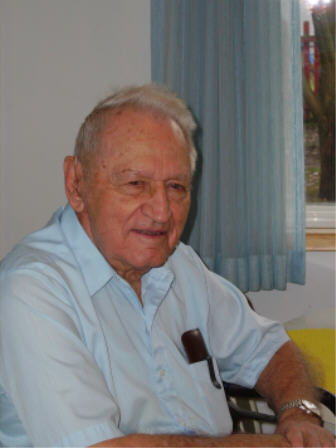 From Richland, WA, US | Born in Weiner, Arkansas

Dad was born on Feb 18, 1917 to parents Frank and Barbara T. Hart in Weiner, Arkansas. He died suddenly after a long illness on Oct 16, 2007. He was married to Mary Charney on Sept 23, 1944. They recently celebrated their 63rd wedding anniversary. Together, they made their life in Richland, WA and had three children, Richard F. Hart, Jr., Robert James Hart, and Katherine Marie Hart deceased on April 7, 2005. Dad is survived by his wife Mary, sons Richard and Robert, and sister Betty Doherty and granddaughter Jacque Clinton daughter of Katherine.

Dad and Mother always put their family first, including Dad coaching his sons for Little League and Pony League. He worked for the U.S. Government at Hanford, WA, starting with the Atomic Energy Commission AEC in 1943 and ending with his retirement from the Energy Research and Development Administration in 1975. He was one of only 170 employees who served AEC continuously through its entire history.

Dad enjoyed gardening and sports during retirement and maintained a small hobby farm for many years. He is loved and sorely missed by his family, friends, and those who knew him.