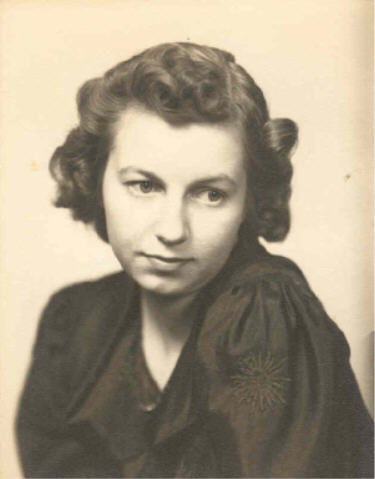 From Richland, WA, US | Born in El Dorado, Kansas

She was born March 13, 1922 in EI Dorado, Kansas to Insco and Martha Friday. The family moved to Los Angeles, Ca. in 1923, and later to Santa Maria, Ca. She completed high school at Santa Maria Union High School, then completed cosmetology training at Santa Barbara Beauty College in Santa Barbara, Ca.

Betty was the Executive Housekeeper at Santa Barbara County Hospital in Santa Maria, Ca. for many years, retiring in 1972. Betty and Allan moved to Richland to be close to their daughter and son-in-law and grandchildren in 1985.

Betty was preceded in death by her loving husband Allan and her parents Insco and Martha Friday.

Betty spent much of her later years helping her daughter Martha, an elementary school teacher, in her classroom for the Pasco School District. She enjoyed doing beautiful hand-beading, crocheting and knitting. ''Nana's ''greatest joy was spending as much time as she could with her great-grandchildren, Jacob and Rylee Woodcock living in Europe and her twin great-grandsons Ian and Connor Woodcock of Richland. Her joy was increased in January with the arrival of her newest great-grandson Brayden White.

A memorial service will be held at Einan's Funeral Home on Thursday, April 3 at 1:00 p.m. for those who knew and loved her.