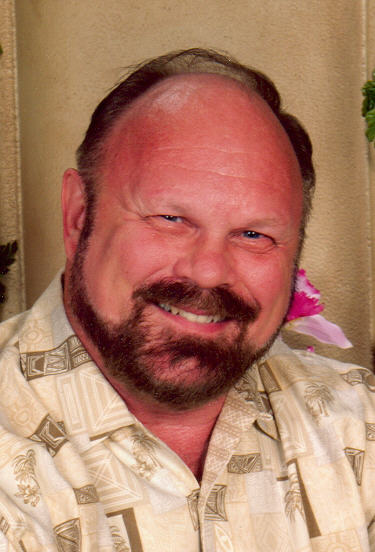 From Kennewick, WA, US | Born in Langley Field, Virginia

Jerry VakoÄ of Kennewick left this world unexpectedly in the early hours of March 25th at home. He was born in Langley Field, VA to Russell and Leatrice. He was raised and schooled in Medford, OR along with his four younger brothers. Jerry attended St. Mary’s High School, class of 1963. He attended U. of Oregon for two years.

Jerry married and moved to the Seattle area and had various jobs. He raised dogs and had a “mini farm” with cow, pony and cats. He was a father to two daughters, Michelle and Erica. He couldn’t find any work and worked an extra job in Portland, OR where he lived for many years.

Jerry was looking for a good solid company and landed a nice one in Tri-Cities, WA. He loved the dry, warm climate on three rivers, wine country and orchards except pear trees! The company at that time was Exxon Nuclear Power Corp and they paid for his college major Computer Science and math. He graduated with all the WA State “Cougars” Dec. 20, 1986. Then he started bowling.

Bowling! Enter wife number 3. Third time’s a charm, right? Deb was on the same league back in 1974. Jer had an average, yet not consistent 159. Deb tried “always” to one-up him even if it was by one pin. This seemed to encourage him to stay on top even if it was by that one pin.

Jerry loved to travel by ship or by auto; camping, fishing, wine tasting and “sipping”; collecting also. He was most happy if in his hot tub and pool on his raft and BBQ-ing with friends. And he had lots of them! Still does!

Jerry and Deb were “Soul Mates”. They were united in holy matrimony in the Catholic Cathedral in San Juan, Puerto Rico. They went on their honeymoon on a cruise of the Caribbean Islands. Deb’s son Tommy went with them for his graduation present from Seattle University. Jer picked April 23 for their wedding date. Hmm -- it might be because it’s his birthday and he never could forget their anniversary – April 23, 1993.

They came home reluctantly, but it was only the beginning. They raised Beagles, 15” tall. Every litter was seven puppies, an even split of boys and girls. Jerry always kept one “baby girl”. Then that ended up two mother-daughter pairs. Mom Debbie now has Maggie May, 10 years; Sunnie the “spoiled rotten”, Jerry’s fault!; Sissy the kitty, 15 years. Then we took and “adopted” a girl we named Anna Belle, age unknown but is probably Maggie’s true sister. Our wonderful “free” dog after $2000 in vet bills! Remember there is no such thing as a “free” dog!

Jerry is survived by his loving wife Debbie at the family home; his 83 year old mother Leatrice VakoÄ of Verdigre, NE, where most of the family was born, raised and still live; two daughters in the Seattle area, Michelle and Erika; three brothers, Douglas of OR, Dennis of PA and Randall of OR; step-daughter and her husband of AZ; step-son Tommy, wife Michelle and 3 ¾ grandchildren, all of Marysville, WA; and an “honorary” daughter in AZ.

He was preceded in death by his father; one brother; several uncles; and three of his “babies”.

Visitation and viewing will be at Einan’s Funeral Home on Friday, March 28th from 4:30 to 6:00 PM, followed by Recitation of the Rosary at 6:00 PM. Mass of Christian Burial will be celebrated at 12:00 PM Saturday, March 29th at St. Joseph’s Catholic Church in Kennewick, Washington.

Jerry and Deb are organ donors: talk to your family about your wishes – your driver’s license is not enough. Jerry’s corneas will give sight to two people! Also, in lieu of flowers, you can make a donation to any cancer society, medical charity, or St. Jude’s Orthopedic.