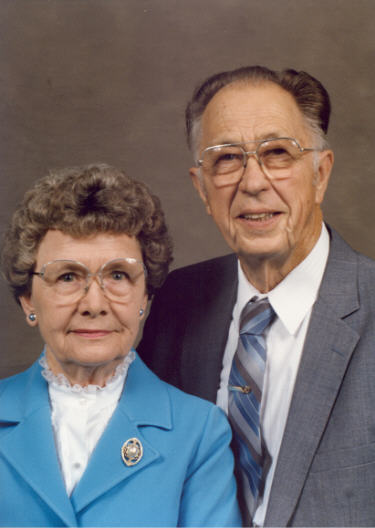 From Richland, WA, US | Born in Holt, Missouri

George Levi Denny, 93, of Richland, WA died April 6, 2008, at home in Richland. He was born October 15, 1914 at home near Holt, Missouri, the son of Rufus and Mary Moberly Denny. He grew up on the family farm, the youngest of three children and graduated from nearby Converse High School.

In 1936 he married Laura Jean Shanks, a former classmate, and eventually they had four children. In the early years they lived in Kansas City, Missouri where he worked for Safeway, Ford Motors, and Remington Arms. In 1944 Mr. Denny and family moved to Richland, Washington to work at the Hanford Atomic works, for the war effort. In time, he became a reactor supervisor at K- West and continued at Hanford until his retirement in 1977.

Mr. Denny, a Christian, was a charter member of Southside United Protestant Church in Richland and an active member throughout the years. He was a creative handyman and an avid vegetable gardener. He was a man of intelligence, integrity, determination, strength, humor and loving devotion to his family, who will greatly miss him.

Funeral services will be held at 1:00 PM Thursday, April 10th, 2008 at Southside United Protestant Church in Richland. A reception will follow, ending with burial at Sunset Memorial Gardens. Viewing will be Wednesday the 9th from 5:00 to 8:00 PM at Einan’s Funeral Home.