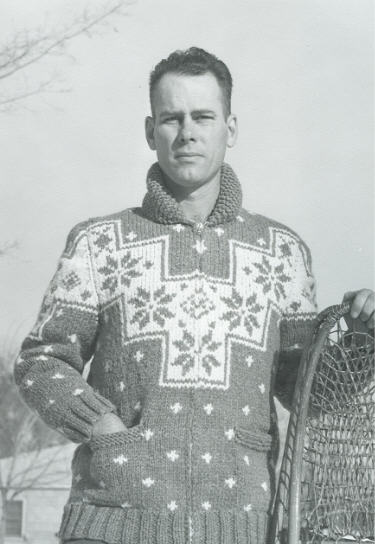 From Richland, WA, US | Born in Oklahoma City, Oklahoma

Born on April 1, 1923 in Oklahoma City, OK Easter Sunday that year!, John Milton Thorp, age 85, finished his journey on this earth April 13, 2008. He grew up on his parent's farm in NW Arkansas with his younger brother Charlie and sister Mary. While serving in the US Navy from Dec. 1943 to June 1946, as a ship's aerographer, he discovered that his childhood love of weather could be a career. In 1950, he graduated from the University of Washington with a degree in meteorology and climatology. He married Lola Anglin in January of that year, in Seattle. They moved to Richland in 1951 when he accepted a job at the Hanford Weather Tower, 200 West. After 16 years of forecasting, he transferred into the Atmospheric Sciences Research Dept. where he is still remembered with much love and respect. He had a total of 46 years at GE and Battelle.

After retirement, John tutored inmates at the Benton County jail for 9 ½ years, helping many to obtain their GED. He also volunteered in the CBC Literacy Program. He was concerned with maintaining natural areas and identifying wildflowers, lending his help in establishing the Badger Mountain preserve. With sincere interest and thoughtfulness, John touched many lives both young and old. His passion for backpacking/hiking and climbing in the mountains, his love for weather, wildflowers, cats and classical music, and his photography and painting was gladly shared with others. One highlight his wife Lola remembers, in spite of Alzheimer's, was the 13 day trip they took around Mount Rainier.

At age 12, John went to a traveling revival meeting. It was at this meeting that he accepted Jesus Christ as his Savior. John and Lola attended Westside Church for over 40 years. John ushered for 25 of those years, greeting visitors with a warmth and love that caused many to return.

John's beloved brother, Charlie, went home to Jesus before John. John Milton Thorp was a gracious, giving, and quiet man characterized by a deep thankfulness to others and his God. He will be remembered with joy and laughter by his wife, Lola Richland, niece, Lisa Holm, her husband Doug, Sammamish, WA. his nephew, Phil Thorp, sister-in-law, Ann both of Renton, WA. and his sister Mary Hudgens Fayetteville, AR, his wonderful cat Ziggy, his adopted family, the Jettes Richland, WA and a multitude of friends all over the world.

John requested that in lieu of flowers, to please consider a donation to the Union Gospel Mission, PO Box 1443, Pasco, WA 99301.